The first time we met illustrator Sven Nordqvist was when we were supposed to do an Advent calendar for the radio. We wanted to ask him to make a paper calendar with fanciful windows that we could open. He had two young boys who had listened to, and liked, Mamma Mu, so we were welcome. We liked his illustrations and noted that there were always pictures of cows hanging on the walls of Pettson’s home. We considered that to be a good omen. We did, however, have the silly notion that Sven wouldn’t do any drawings of either Mamma Mu or Crow – they existed in the children’s imaginations, and that’s where they belonged. But in any case there we were, sitting at his kitchen table, and we saw his sketches of Crow. They completely overwhelmed us, and pretty soon we had Mamma Mu and Crow published in book form, with Sven’s wonderful depiction of the two friends. This collaboration has continued for close to thirty years. 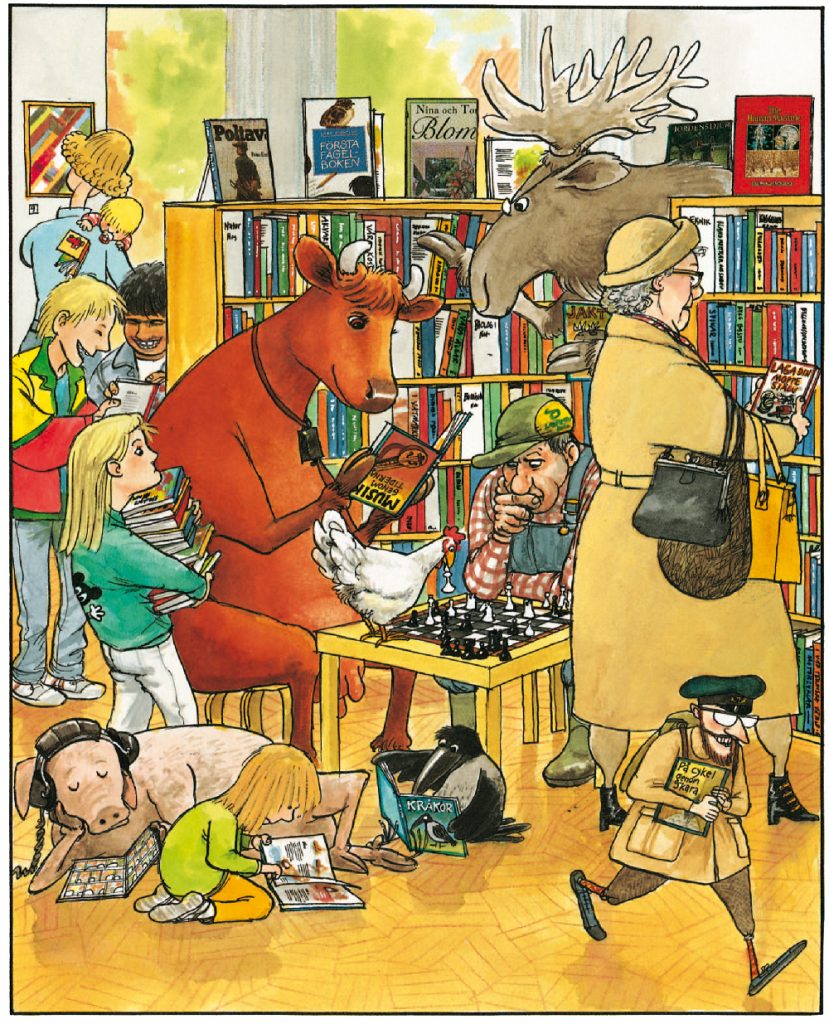 I am grateful for Sven’s illustrations, and treasure them. To everyone who in some way intends to depict them, let me emphasise: Mamma Mu is not a silly-yet-sweet cow, she’s a beautiful cow. Those who ask questions aren’t silly, they’re the ones who learn. She wants to do things she doesn’t know how to do, to keep on trying, and she’s not afraid of making a fool of herself. Crow is not mean, he’s just as self-centred as any small child before learning it’s not alone in the world. It’s his insecurity that makes him always play the insufferable expert. Many people, both children and adults, can identify with this.

But perhaps the most important element of the Mamma Mu books is playing. Without playing, children can’t grow up to be adults, and without humour life is grey and dull. Without imagination, make-believe, laughter and the fun of love, we would slowly die.