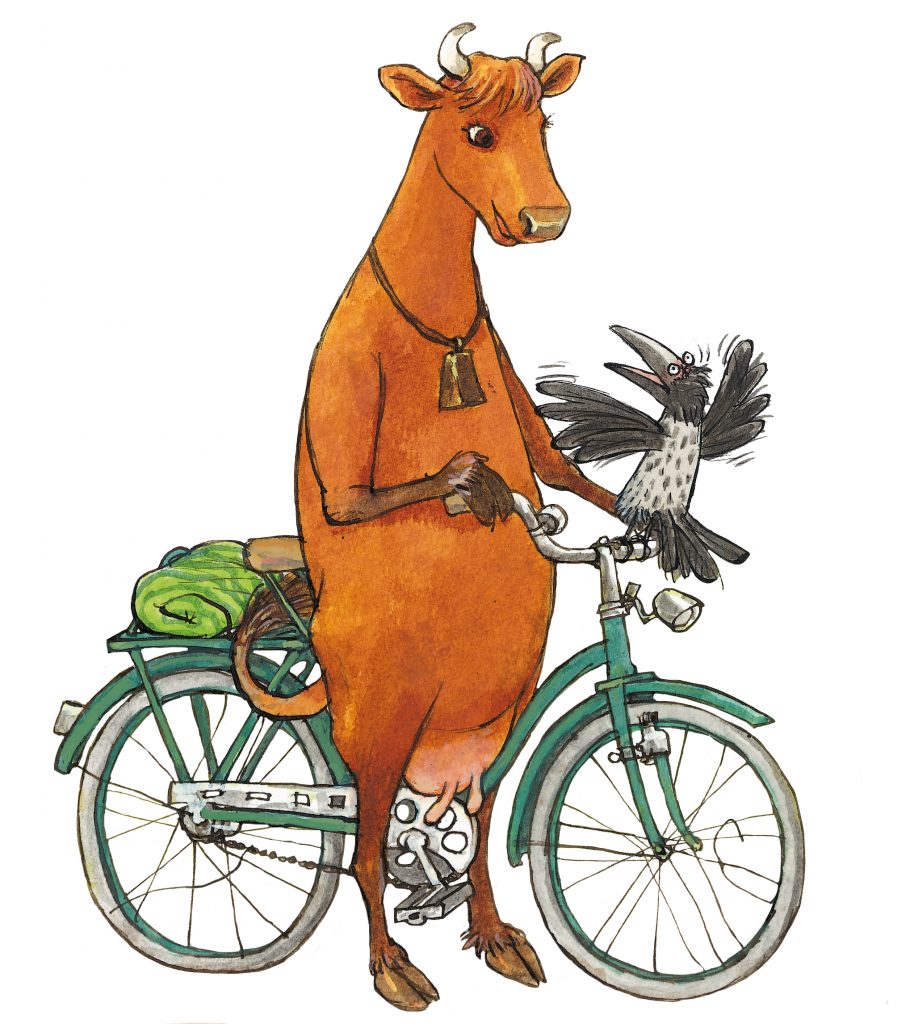 When I’m due to visit a preschool, I ask the staff to please not say that it’s Mamma Mu who’s coming to visit. This has happened, and I remember the disappointment in the children’s eyes when it turned out that instead of a cherished cow, it was just some ordinary lady who showed up.

Even so, I’m often presented as Mamma Mu’s mother, which in some way makes me a cow. So I guess I just have to accept it. I’ll let myself be included in the warm contact she has succeeded in creating among children, both here at home and abroad.

Mamma Mu and Crow were both born in a song of their own. You can read more about this under the Our songs tab. Writing songs was a big part of our lives in the 1970s and ‘80s. We were surrounded by young children, and everyday happenings were the basis of our songs, nursery rhymes and jingles. It was easier for the younger children to sing along about the large tree that fell in our yard if they could show what happened with their arms and hands. Some of the songs were about things that the children wished had happened – a cow that waved with her horns and answered the phone, or a crow that clapped along in time.

Children’s radio wanted to broadcast our songs on a morning show, they just needed someone to talk between the songs. Mamma Mu and Crow accepted the job, and pretty soon took over the entire show. We did more than one hundred radio programs, and it wasn’t just families with children who welcomed Mamma Mu and Crow into their kitchens. We received reports of how construction site workers gathered around the radio on their coffee breaks, that no trains were shunted at the station in Gävle when Mamma Mu was on the air, that big, strong lumberjacks listened to Mamma Mu and Crow on their headsets while operating heavy machinery. In other words, Mamma Mu had become a celebrity.

But it was when she entered the world of books – and Sven Nordqvist, with equal portions of humour and love, gave shape to Mamma Mu and Crow – that they reached their audience in a completely new way. How he can know precisely how Mamma Mu and Crow are, the way they move and express themselves, is beyond me. But every time I get the sketches for a new book I feel: that’s PRECISELY they way they look! Fantastic! 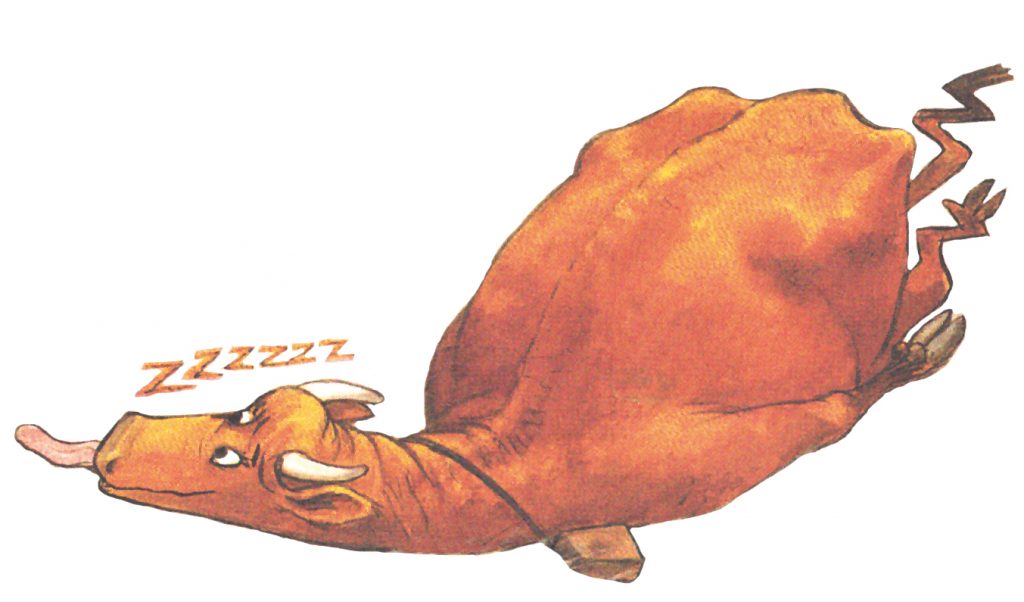