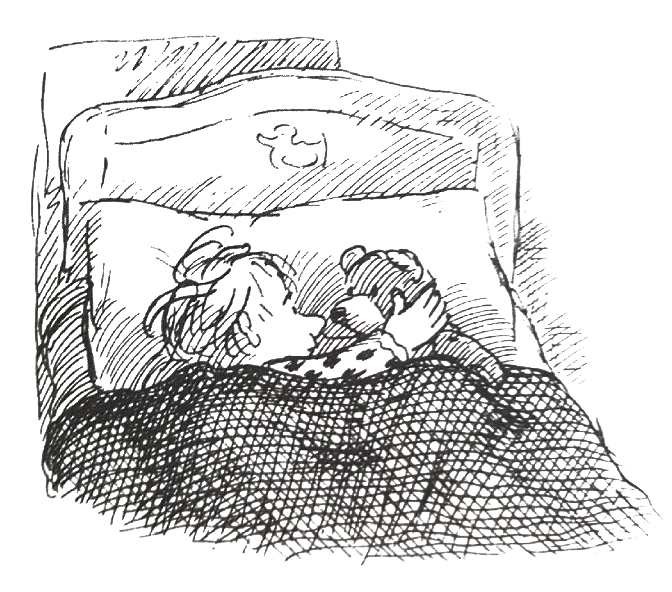 That’s the way each program on children’s radio began (read more under the Book and music publications tab) and later in all chapters in the read-aloud books about Junior. And all the stories end with how, at bedtime, Junior finds different ways to get his teddy bear involved in what happened during the day.

Olof Landström drew Junior and Teddy in a sensitive and insightful manner. Jens Ahlbom continued in the same spirit with the book about Junior and Billan.

When you’ve had the privilege, as I’ve had, to live close to children for many years, you never run out of material for writing stories. Thousands upon thousands of games and fantasies and crazy, funny, sad and unfortunate events served as the prototype for Junior and Billan.

It’s hard to imagine that any adult who lives close to children can neglect to see how much playing, testing, training, swinging and singing, rhyming and climbing are part of the way ordinary children learn about themselves, us adults and the world at large.