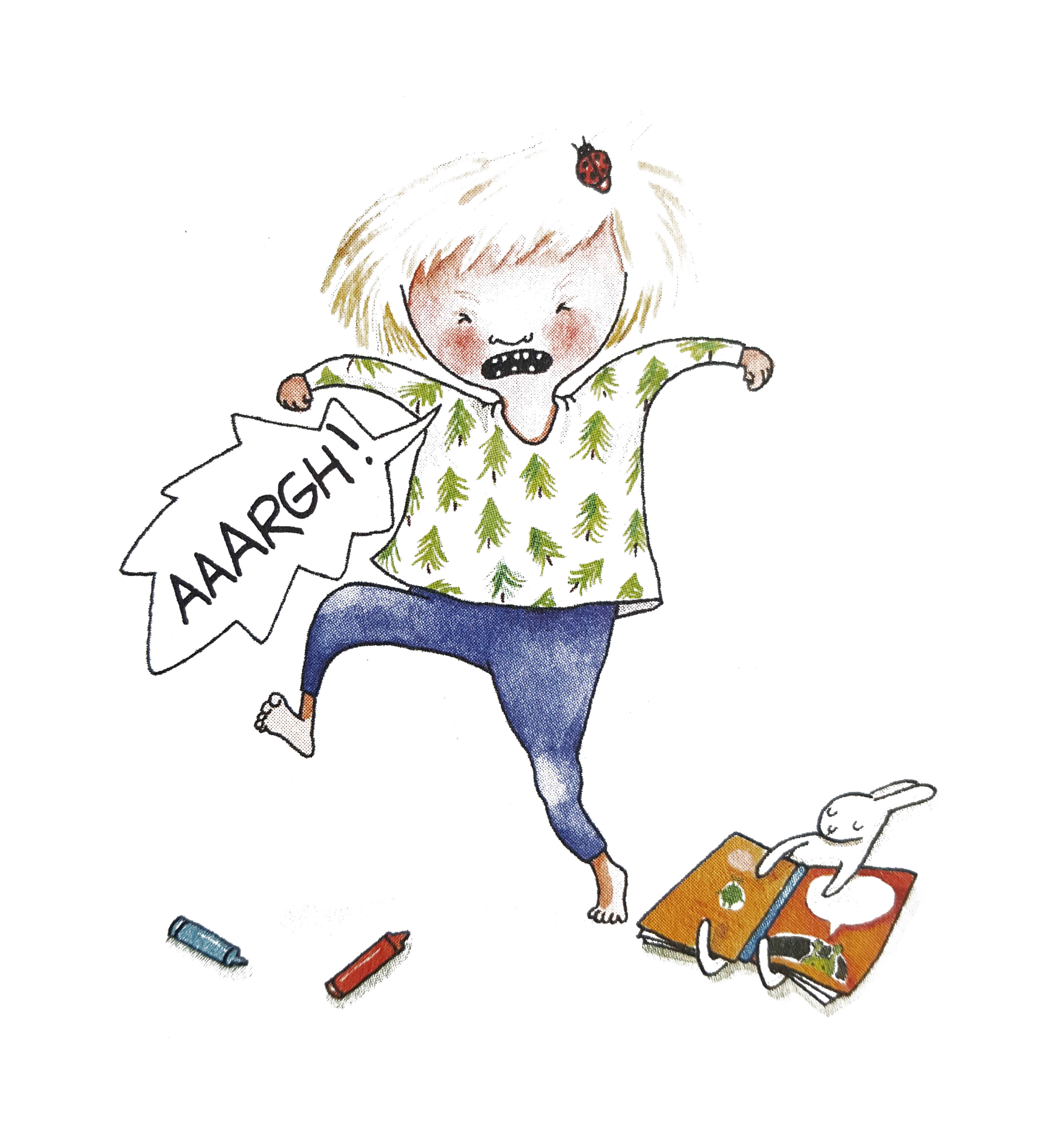 When I was a child, it was forbidden – even more so than today – for women to show that they were angry. They were supposed to always be marvellously merry. When my mother got angry she locked herself in the bathroom. Much later on in life I realised just how great an affect this taboo of getting angry had on me. If you don’t tell children what’s going on, they fantasize. Could my mother have turned into a monster there in the bathroom?

Moa Monster plays with what may have gone on in my imagination. She decides who will become a monster, and when. It’s a game that, as is often the case with children’s games, crosses over into the absurd.

Bettina Johansson, who drew the pictures, had just as much fun as I did when we made the book. There are many of us who need to be able to be angry sometimes. Monstrously angry! 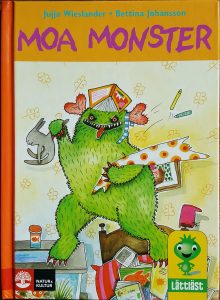